If what I just said makes perfect sense to you, then you can skip reading the paper. It is not a difficult paper to read, I certainly hope not. So, what is a k-aggregated model, anyway?

The long answer is “K-aggregated transformation of discrete distributions improves modeling count data with excess ones”, and the short answer is the following picture (Figure 1). 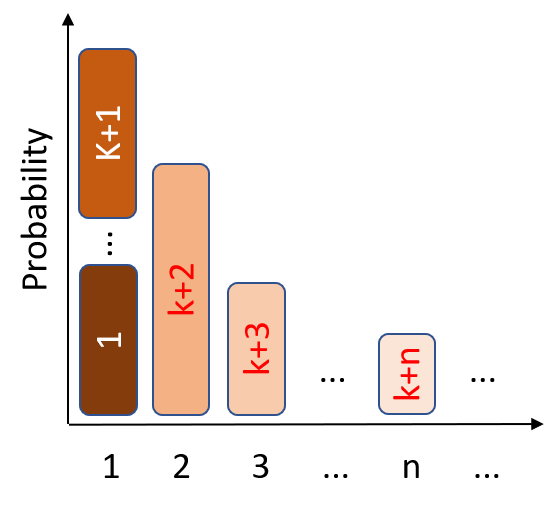 Figure 1. The probability mass function of a k-aggregated distribution over the positive range.

In that figure, I plotted the probability mass function of a k-aggregated distribution P(x) only over the positive range. The probability of zero would have a zero-inflated or hurdle structure, which would complicate the picture. So, I left P(0) out, but you can always add it back in. The k-aggregated distribution P(x) is constructed from a baseline count distribution Pb(x), which has probabilities depicted as those maroon boxes. P(1) is constructed by stacking Pb(1) through Pb(k+1), and for n>1, P(n) is Pb(k+n). Specifically, with k=0, P(x) is equivalent to Pb(x). The letter “k” has no other significance than an index variable. Any other letter could have been used, but when I originally wrote the code, it was the letter “k” that was used in the loop to sum up those Pbs.

It is a simple idea that works on many datasets.

First, you will need R package devtools. Run the following command in R, if you don’t have devtools on your computer.

Either one of the following method can be used to install and load konez package:

The functionality of this package depends on JAGS 4.X.X, which can be downloaded at http://mcmc-jags.sourceforge.net.

There are four datasets included in this package, and they are seabird bycatch (partial), Legionnaire’s disease incidence in Singapore, Leadbeater’s possum abundance and frigatebird nesting sites. These datasets were used as case studies in a paper in Ecological Modelling.

These datasets were either extracted from published literature or downloaded directly from the publisher’s data repository. Seabird bycatch data is only a partial summary, only enough to generate a histogram to view the distribution of counts. To replicate the results presented in that manuscript, however, you need to acquire the whole dataset from the original authors of the publication or from relevant authorities. The other datasets are the same as the ones used in the manuscript. Relevant references are given below.

I do not either own or maintain any of the datasets mentioned above. Any data related questions should be directed toward the respective authors or relevant authorities.

Build-in datasets are farely small, and the running time is about at most a couple of minuites for these datasets. However, if your dataset is large or you have many covariates in your model or your model suffers from some degrees of colinearity (many models do), running time will be more than just a few minutes. For example, on a datastet with around 15 thousand entries with less than 10 covariates, it takes 6 hours to fit a single k-aggregated GLM. My advice here is that

I plan to add a tutorial on how to use k-aggregated models from start to finish. Sections to include are:

If there is any questions to me, contact me at eiDOTog@gmail.com.