Recent developments on the novel coronavirius (2019-nCov) or Wuhan virus got me thinking about life in China as compared to other countries. It seems that the local government was withholding critical information about the epidemic when it was first detected. I got some of this from this YouTube video (closed captioning isn't available yet for this video, so if you don't speak Chinese, you need to wait for awhile). It is all politics when it comes to virtually everything in China. There is a list of things that you are not supposed to say in public or on any social media platforms. Most of the times, you won't be able to send a message that contains some sensitive phrases or words. Chinese people are well aware of that and have come up with novel ways to counter that sensorship. The government does that because they can, and they will find a politically correct way to arrest or warn you when they feel the need to do so.

The Chinese government is an ultimate form of a government, in terms of its power scale, it controls everything, and it is the dream of any political leaders in this world. D. Trump once called J. Xi a KING, and you can feel how much he envies the powers of a king. J. Xi truely is a king in his kingdom, including many oversea territories. China has this federal and local government hierarchy as in the US. When you have so large a territory to manage and so many ethnic groups concentrated in just a few provinces, it is not possible to have a functioning people's government, where people directly participate in the governing, and you are bound to have a government hierarchy. The communication between those levels of hierarchy won't be perfect. Just as you wouldn't say anything bad to your direct boss, the local government will not say anything bad to the federal government as well. So the king may not even know about the way the officials in Wuhan handled the information about the outbreak. Some reforms are needed to correct this system failure.

Many people are asking why the government is withholding information when it should be aware of the situation days ago. Well, government is not there to be efficient in anything. They are good at faking things because that is what pays to them. To their supervisor, they need to pretend that everything is good and well; and to their subordinate, they need to demand that everyghing is good and well. I bet those people handling the information are scatching their heads bald, contemplating about whether they should report it to their boss or just let it die out. It is all about politics when it comes to everything those career politicians do. Never trust a politician and also don't blame them too much. They are just a cog in a giant machine, doing what they are supposed to do and nothing more.

One more unique thing about China and its little brothers, such as North Korea, is that they have a state-run propaganda system, complete with news papers, TVs, radio stations and social media. They are everywhere, saying the 'right' things all the time. Before they call it an epidemic, nobody can. If you do, jail time! Chinese people know this well and they abide by the rules. Other countries have this problem as well. For example, in the US, there are two major parties, each of them have their own propaganda system. Most of the time, when it comes to sensitive material, they say opposite things. So, it is EVEN harder in the US for people to know the truth, because Chinese people KNOW eveything they hear from those venues is a lie and the opposite is the truth. There is no fact checking the news in China because everybody knows better.

By the way, I surely will promptly delete the text above the dotted line when asked by the authority and praise our king because I know better. 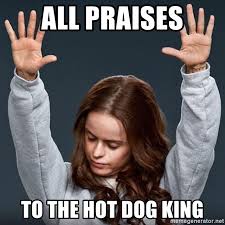 Each day, 80k acres of forests are disappearing ...

So think about that when you try to print something next time.